Dr. Elroy Cocheret de la Morinière is the founder and owner of ElroyCOM Training. ElroyCOM consists of 20 academic trainers and specializes in training and facilitating development of scientists. After 10 years of training scientists, his conclusion is that there is a systematic lack of clarity in academia – both top-down and bottom-up – in terms of goals, cooperation and project management. This paralyzes individual scientists and their institutions. A dialogue within academia is needed. Scientists must assertively negotiate clarity and their institutions must facilitate. Although it seems counter-intuitive, this will increase the freedom that scientists need to maintain their excellent position on global rankings as well as their individual wellbeing. 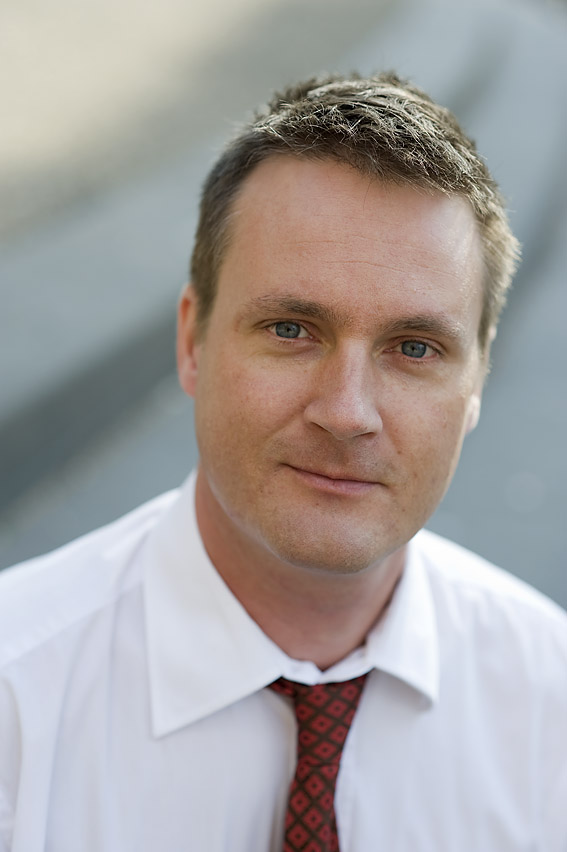 “After 10 years of training close to 10.000 scientists ranging from PhDs to full professors, I can safely conclude that what they all share is their love of freedom. Compared to other jobs, scientists have a great deal of autonomy in deciding what to do and when to do it. This freedom is a necessary requirement that comes with the creativity of the scientific process and gives room for their prime individual drive: curiosity. But there is a downside to total freedom. Under the increased pressures on for instance teaching and valorization – and we will discuss such factors at our conference – it becomes even more apparent that one factor is omnipresent in academia: lack of clarity. I will explain that when scientists negotiate more clarity and their institutions facilicate their needs, the freedom of scientists increases.

I will give you a few examples, that we hear in almost any of our courses. For instance, after ten years (the term valorization was first related to universities in 2005, in a letter from the Dutch Ministry of Science, OCW), it is still not clear to scientists what is meant by valorization. What kind of activities would fall under the definition of valorziation? How much time and money are scientists expected to dedicate to it? The effect is that scientists often understand it as something they have to do even if it doesn’t apply to them, and many conceive it as just making money out of scientific results. Not, as a chance to maximize the impact they have as scientists on society (even when they do fundamental or not directly applicable research).

But in almost any course we provide, this lack of clarity plays a role. There is the full professor, who says his projects are delaying because of lack of commitment by project partners, while expectations, tasks and budgets were never put in writing. There is the promotor who has difficulty keeping her/his PhD student on track, because the student listens to other supervisors more, without ever having agreed upon task descriptions among all supervisors involved. There is the master coordinator, who does not know what the budget is for the master program she is asked to coordinate, because her management will not give a clear answer. There is the PhD student who works until 2 am every day, simply because the end criteria for a successful project and ‘progress’ are not quantified. I could go on for ever.

This lack of clarity is crippling. It makes scientists on all levels insecure and passive. The PhD student does not take initiative and simply does what the supervisor says, because he doesn’t know if disagreeing is allowed. The master coordinator goes for small ambitions, since she doesn’t know what the budget is. Project partners wait on each other, since no one knows who should address the issue and nothing was clearly agreed upon.

There is even some resistance to the idea of creating clear conditions in cooperation and self-management: the misunderstanding is often “The more we agree or plan, the more we loose our freedom”. Yet, as I can demonstrate in numerous examples, creating clarity makes the freedom of scientists greater! This is acknowledged by all participants we have had the pleasure to serve in our training and in our peer-to-peer coaching sessions.

Our employers also acknowledge that for instance our course “Taking charge of your PhD project” for PhD students aids in effective self-management en stimulates self-sufficiency, and that our course “Effective supervision of PhD students” for supervisors helps them to supervise more effectively and efficiently. And that our popular media training activates scientists to increase their impact through the news media. The result is that PhD students graduate sooner and with greater success, that supervisors spend less time on supervision, and that scientists find project partners and funding more easily after having been in the news. For a large part because they have learned to clarify what they want and what they are allowed.

How do we create more clarity in the academic environment? I think it takes two things: one, it demands of scientists of all levels to become assertive and ask questions until conditions and expectations are crystal clear. The freedom of the academic world is a chance to shape their job as they want it. This is a self-management skill every scientist needs to learn, and one of the reasons why training and guided peer-to-peer coaching are necessary.

Two, HRM and management must do everything in their power to facilitate what scientists need. By providing clear policies and expectations, and listening to the needs of scientists. This is something management and HRM in scientific institutions also want and do (to some extent), but they too are bound by the limits of time and organization. For instance, doing research about the problems and needs of scientists is something not every HRM department regularly does, even though they are personally invested and involved in helping the development of their scientists. It is clear that universities want their scientists to publish and teach a lot, but not how the accumulation of tasks would fit in a 40 hour work week. And the serve-the-scientist attitude is not always detectable in facilitating departments such as Administration, ICT or Purchasing.

I think our conference is an excellent platform to debate the needs of scientists and how we can facilitate them. We have organized it based on our passion to help scientists and scientific institutions, and our main goal is to listen and learn from all the experience and best-practices among the participants. We hope to provide a wonderful opportunity to share and learn for everybody that day!